In My Own Words: Rising from the ashes 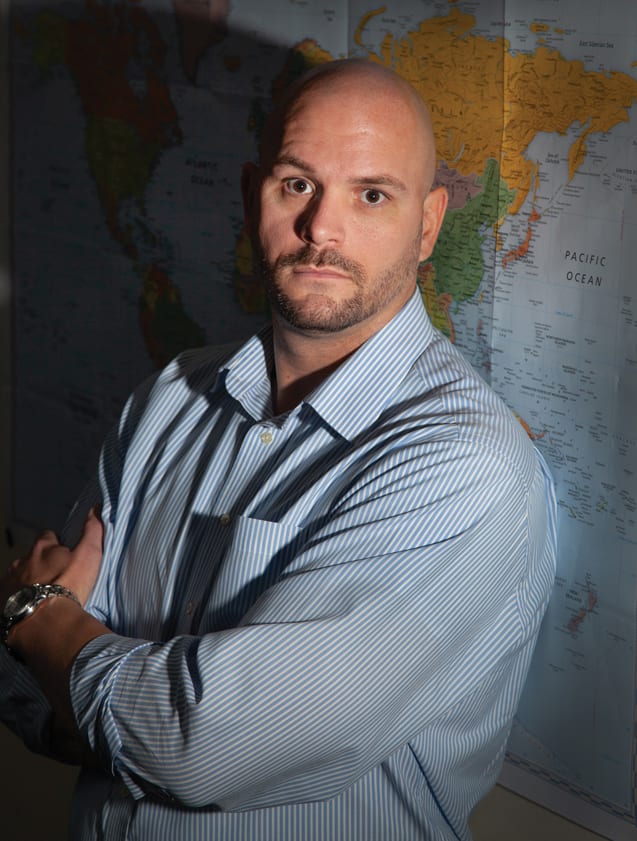 Travis Rothstein’s Middletown-based ConnecTheDot marketing agency was cyber-attacked last fall. Before the attack, the company had $10 million in annual billings, 120 relationship-based clients (and thousands more online), and 23 employees across the country.

Rothstein ran a company with a great deal of marketing expertise so you would think he’d be prepared for a cyber-attack. But less than a year later, it’s all gone.

Participants in our recent Cybersecurity Roundtable repeatedly said that nobody believes a cyber-attack will happen to them. The fact that it happened to a business with a lot more digital expertise than most small-business owners sends a powerful reality check.

This is Travis Rothstein’s story in his own words. DBT has decided not to identify some people in this story and cannot independently confirm what happened since the investigation is ongoing.

The two-hour interview kept returning to the question of whether he missed something or perhaps just lost his focus. Rothstein talks about his mounting frustration as consultant after consultant was unable to explain what happened. But a question at the end of the conversation about having to let his entire team go as the situation deteriorated caused him to get emotional about how he felt.

In My Own Words: Rising from the ashes Full Article

This site uses cookies. By continuing to browse the site, you are agreeing to our use of cookies.

We may request cookies to be set on your device. We use cookies to let us know when you visit our websites, how you interact with us, to enrich your user experience, and to customize your relationship with our website.

Click on the different category headings to find out more. You can also change some of your preferences. Note that blocking some types of cookies may impact your experience on our websites and the services we are able to offer.

These cookies are strictly necessary to provide you with services available through our website and to use some of its features.

Because these cookies are strictly necessary to deliver the website, refuseing them will have impact how our site functions. You always can block or delete cookies by changing your browser settings and force blocking all cookies on this website. But this will always prompt you to accept/refuse cookies when revisiting our site.

We fully respect if you want to refuse cookies but to avoid asking you again and again kindly allow us to store a cookie for that. You are free to opt out any time or opt in for other cookies to get a better experience. If you refuse cookies we will remove all set cookies in our domain.

We provide you with a list of stored cookies on your computer in our domain so you can check what we stored. Due to security reasons we are not able to show or modify cookies from other domains. You can check these in your browser security settings.

These cookies collect information that is used either in aggregate form to help us understand how our website is being used or how effective our marketing campaigns are, or to help us customize our website and application for you in order to enhance your experience.

If you do not want that we track your visit to our site you can disable tracking in your browser here:

We also use different external services like Google Webfonts, Google Maps, and external Video providers. Since these providers may collect personal data like your IP address we allow you to block them here. Please be aware that this might heavily reduce the functionality and appearance of our site. Changes will take effect once you reload the page.

The following cookies are also needed - You can choose if you want to allow them: